The CDRA Planning Sub-Committee keeps a close eye on all planning applications submitted for our area. We comment on any that we feel are of concern and support local residents if they are concerned about developments affecting them. You can contact us about a planning matter using the contact us button above. 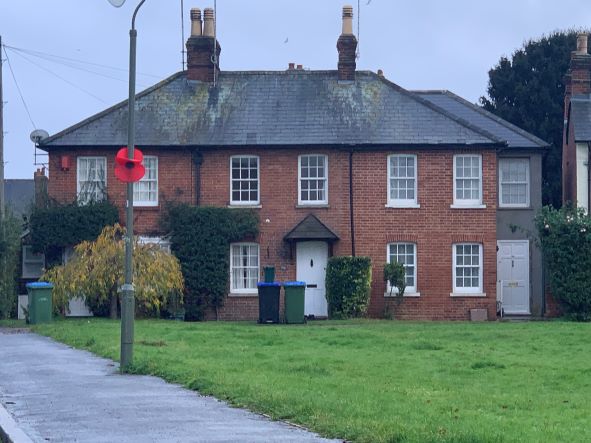 77 Tilt Road is the right hand of three cottages which overlook the Tilt, and can be seen as you leave Cobham along the Stoke Road.  The traditional brick faced cottages were attractive to look at, but also reflect the character of properties around the Tilt and indeed other parts of Cobham. That was until ugly external wall cladding was installed onto the front facing wall of 77 Tilt Road in 2019.  Unfortunately we don't have a 'before' photo of the cladding in place, but you can see what it looked like as it remains on the small extension at the far right of the three cottages above. This work took place despite a planning application for it being refused in August 2019. The Council’s Compliance Team were notified, and the owner was instructed to either remove the cladding or submit a retrospective planning application.

A retrospective application was submitted and subsequently refused in August 2020. As the insulation was still in place in November, CDRA again followed up with the Compliance Officer and was informed that an appeal against the planning refusal was being considered. We followed up in January 2021 and the Compliance Officer informed us that the owner was awaiting a 'report from a brick specialist’, but that removal would be enforced. Having monitored the issue over a considerable period of time, CDRA were therefore delighted to see the insulation being finally removed from the front of 77 Tilt Road in October this year - over two years after the original planning application refusal.

Not only has the attractive brick frontage of the three cottages been restored, but a visual blight to the view across the Tilt has also been removed. CDRA are pleased that with perseverance the desire of residents to retain the character of Cobham can be achieved and that non-compliance with planning regulations can be successfully addressed. The cladding would have provided insulation for the house which we are of course in favour of, but any measures like this to reduce energy use must be approved by the council and be in keeping with the surrounding area. 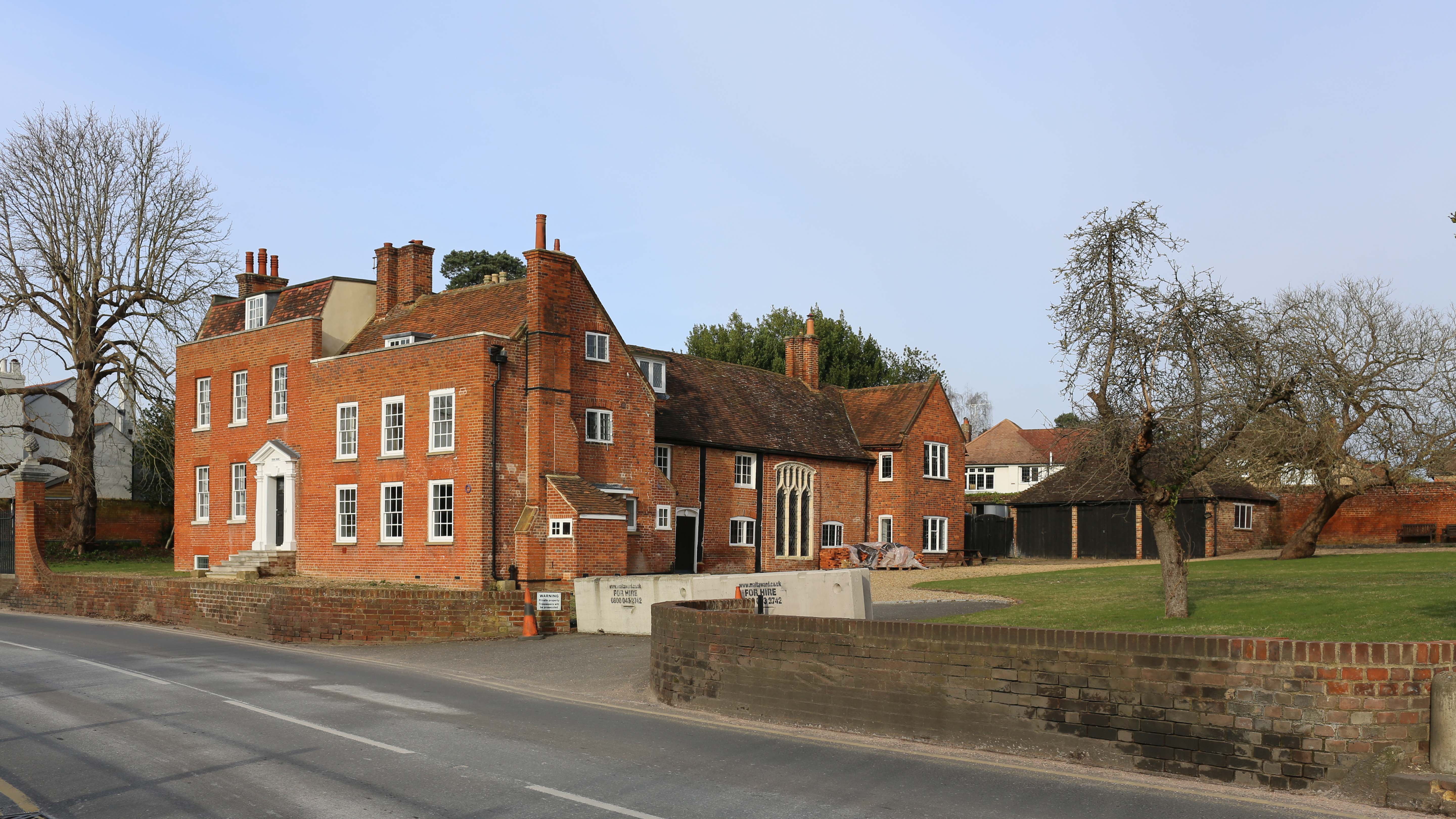 A planning application to bring the listed Cedar House back into residential use is expected shortly. This signature site which frames Cobham Mill is one of Cobham’s defining features. We will of course look at the application when it is submitted and comment if necessary.

Pre-application consultation has started for development of 25 homes and commercial space at the Sheargold Pianos and Glenelm commercial sites behind it off Anyards and Copse Roads. We are in contact with residents and the developer.

An application has been made for seven homes on Green Belt land at Cold Norton Farm, Ockham Lane.

A long running appeal inquiry against a 2018 refusal of elements of residential use, hard-standings and parking at Alba Stables off Bridge Way behind Sainsburys will finally be heard at a meeting at 10am on 5th to 8th April at Elmbridge Town Hall, Esher. This has been of considerable local interest in the past due to the Green Belt nature of the land and effect on the River Mole.

Various applications for retail extension, extra car parking, extended opening hours and external display of goods at the Esso Petrol Station have been approved recently. The piecemeal development of the site which is partly in the Tilt Conservation Area continues with a new application for 3 extra car spaces with electric charging points. This would be welcome were it not for the replacement of mature trees and shrubs with new transformers and other electric plant. The environmental benefits of the charging points are largely neutralised. This could all have been so much better if a comprehensive planning application for the development had been made. We will however continue to press for effective environmental improvements and respect for the residents who live nearby.

We hope to see some progress on the revisions to the rerouted public footpath resulting from the new Painshill Park car park.

The application for new flats at 2 Stoke Road adjacent to the Esso garage has attracted 37 objections and follows refusal at appeal of a scheme of a similar size and impact on the Tilt Conservation Area.

An application to increase the size of an approved block of flats at 9 Leigh Court Close has also reopened the issue of the effect of reduced daylight to neighbours and we have supported their objections on technical grounds.

An appeal has been made against refusal of an application for two houses behind 18 Freelands Road.

We continue to campaign for sympathetic treatment of mature trees which are impacted by development. Many are felled in advance of planning applications and CDRA are pressing for protection or replanting to maintain the tree stock and preserve our green environment but  not to thwart development.